Dash to the Med

Alister Gregson, Managing Director of Fluid Hygiene is taking part in the ‘Dash to the Med’ from Reigate in Surrey on 21st September, and ending in Cannes, France, on Saturday the 24th of September 2016.

Fluid’s Managing Director, Alister Gregson, will be taking part in the ‘Dash to the Med’ which starts on Wednesday 21st September from Reigate in Surrey and ends in Cannes, France, on Saturday the 24th of September.

Bruce Dickinson (of Iron Maiden) is also taking on the challenge.

The 16 cars can only cost a maximum of £500, with a 10% ‘dressing up and repair’ allowance. Motorways are not allowed as part of the route.  Alister will be in Car 13 (hopefully lucky for some!), a classy Ford Galaxy people carrier. 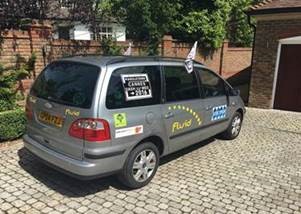 The teams are trying to raise £50,000 for charity. ALL costs of the entries are borne by the car teams, so EVERY penny donated will be divided between the four charities.

The team will be posting their progress on the official Facebook page and on the official Instagram page – but you can catch the highlights on the Fluid social media accounts as well.

So…cutting to the chase, we’re looking for any contributions (no matter how big or small).  If you could spare a few bob, we would be very grateful, it only takes a few clicks.

NB:  Alister is in Car 13, please add this when you donate and write your message.